Historic low-level waste consists of soil contaminated with uranium and radium, at sites located in the Northwest Territories, British Columbia, Alberta and Ontario.

This waste was originally managed in a way that is no longer considered acceptable, but for which the current owner cannot be reasonably held responsible.

The government of Canada has accepted responsibility for the long-term management of this waste, which is currently managed by the Historic Waste Program Management Office, run by Canadian Nuclear Laboratories Ltd. (CNL). 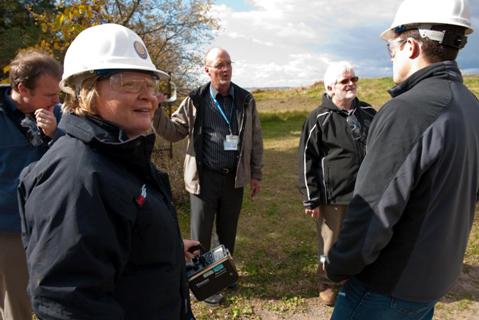 Radioactive waste has been produced in Canada since the early 1930s, when the first radium and uranium mine began operating at Port Radium, Northwest Territories.

Pitchblende ore was transported from the Northwest Territories through the Northern Transportation Route to Port Hope, Ontario.

The ore was refined to produce radium for medical purposes. Later on, the uranium was destined for nuclear fuel and military applications.

The bulk of Canada's historic waste is located in the Ontario communities of Port Hope and Clarington.

This waste and contaminated soils amount to roughly 2 million cubic metres, and relate to the historic operations of a radium and uranium refinery in the municipality of Port Hope, dating back to the 1930s. 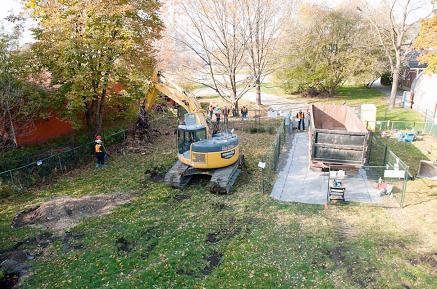 While the low-level radioactivity of naturally occurring radioactive materials do not pose a risk to human health and the environment, there is general consensus in the local community, as well as in professional and regulatory communities, that the management of the waste onsite does not represent a suitable long-term solution.

In March 2001, the Government of Canada and the local municipalities agreed to community-developed proposals as potential solutions for the cleanup and long-term management of this low-level radioactive waste, launching the Port Hope Area Initiative.

Historic low-level radioactive waste is present within the Ontario municipalities of Port Hope and Clarington. The waste, which is no longer produced, resulted from radium and uranium refining by a former federal Crown corporation (Eldorado Nuclear) and its private-sector predecessors from the 1930s to 1980s. The Port Hope Area Initiative (PHAI), a community-initiated environmental remediation, is currently underway and will ensure the cleanup and safe long-term management of historic low-level waste within these municipalities.

Through its Historic Waste Program Management Office, Canadian Nuclear Laboratories (CNL) is implementing the PHAI on behalf of Atomic Energy of Canada Limited, a federal Crown corporation. CNL is responsible for both of the PHAI projects – the Port Hope Project in the Municipality of Port Hope, and the Port Granby Project in the Municipality of Clarington. CNL is currently licensed by the CNSC to operate existing waste management facilities in Port Hope (Welcome Waste Management Facility) and in Clarington (Port Granby Waste Management Facility), which are being replaced with new, advanced technology facilities as part of the PHAI.

The low-level contamination in the Toronto area comes from production of radioluminescent dials.

Contaminated sites include radium-contaminated soils on lands owned by the province of Ontario and private landowners, as well as radium contamination of structural elements in privately owned buildings.

The contaminated soils are generally covered or occur in areas of low use (primarily open space).

The owners of the private properties are aware of these control measures, and the tenants are restricted from construction activities that would compromise these safeguards.

The owners are also aware that they are required to contact the CNSC to assess any proposed construction or land-use changes.

The CNSC maintains contact with the owners/managers of the sites through visits and phone conversations and conducts site visits once every three years. 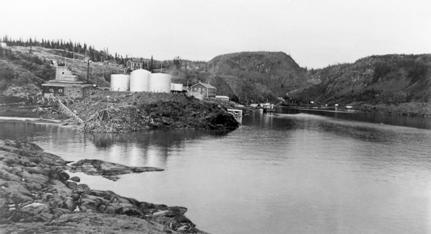 From the early 1930s to the 1950s, uranium ore was transported over 2,200 km by the Northern Transportation Route (NTR) from Port Radium (on Great Bear Lake, Northwest Territories) to the railhead at Waterways (now Fort McMurray, Alberta).

In the 1990s, AECL’s Low-Level Radioactive Waste Management Office (LLRWMO) identified sites impacted by uranium ore along the NTR. The contamination was located primarily in docks and boat launches.

Radiological surveys conducted in 2004, 2005 and 2006 determined the volume of the waste to be approximately 10,000 cubic metres. Following these surveys the LLRWMO removed and consolidated most of the higher-density, uranium-impacted soil from the identified locations.

CNL is in charge of continuing to address the historic nuclear waste in Canada's north.

It is adapting methods of community engagement and technical approaches that have led to successful remediation projects in Canada's southern regions.