Health Effects of the Chernobyl Accident

The 1986 accident at the Chernobyl nuclear plant in Ukraine was the largest uncontrolled radioactive release in history.

On April 26, 1986, steam and hydrogen explosions at the Chernobyl plant's Unit 4 led to a rupture in the reactor vessel and a fire that lasted 10 days. The explosions and fire caused the release of large amounts of radioactive iodine and cesium into the air, mostly near the plant; the wind carried some material over Belarus, the Russian Federation, Ukraine and other parts of Europe. 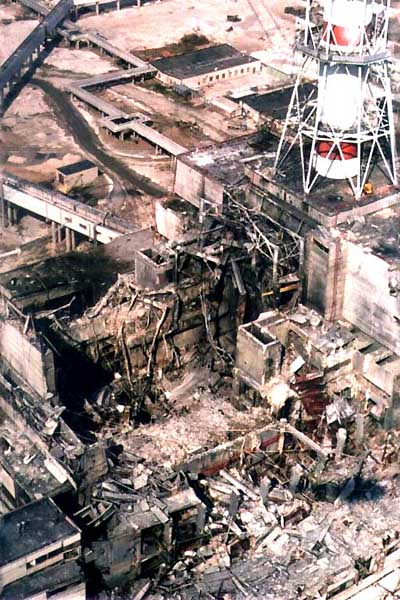 A photograph taken hours after the Chernobyl explosion, showing extensive damage to Unit 4.

Radiation released during the Chernobyl accident

Workers and the public were exposed to three main types of radionuclides: iodine-131, cesium-134 and cesium-137.

When iodine-131 is released into the environment, it is quickly transferred to humans and taken up by the thyroid gland. However, I-131 has a short half-life (8 days). Children exposed to radioactive iodine usually receive higher doses than adults, because their thyroid gland is smaller and they have a higher metabolism.

Among the 600 workers onsite, increased incidences of leukemia and cataracts were recorded for those exposed to higher doses of radiation; otherwise, there has been no increase in the incidence of solid cancers or leukemia among the rest of the exposed workers. There is no evidence of increases in other non-cancerous diseases from ionizing radiation.

The 530,000 registered recovery operation workers who worked at the accident site between 1986 and 1990 were exposed to doses ranging from 20 to 500 mSv (averaging 120 mSv). This cohort's health is still being closely followed. 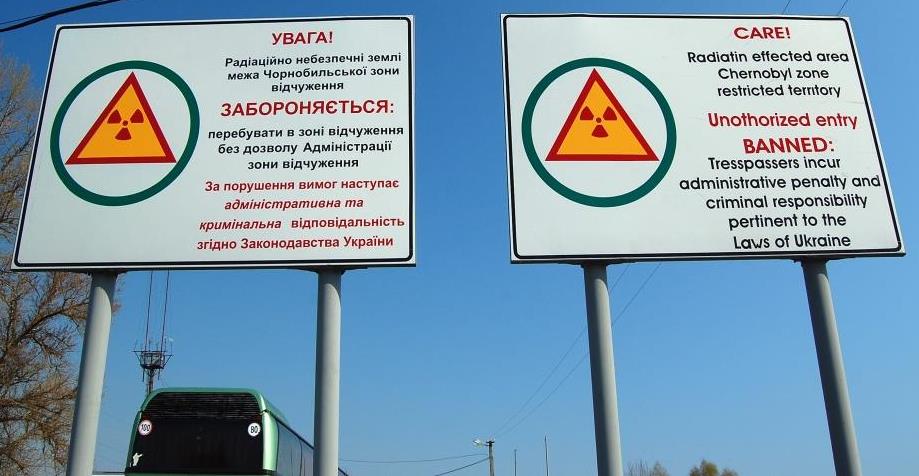 Signs warn against entering areas around Chernobyl affected by high levels of radiation.

Among the residents of Belarus, the Russian Federation and Ukraine, as of 2015 there had been almost 20,000 cases of thyroid cancer reported in children and adolescents who were exposed at the time of the accident. Approximately 5,000 of these thyroid cancers are likely attributable to children drinking fresh milk containing radioactive iodine from cows who had eaten contaminated grass in the first few weeks following the accident. The remaining 15,000 cases are due to a variety of factors, such as increased spontaneous incidence rate with aging of the population, awareness of thyroid cancer risk after the accident, and improved diagnostic methods to detect thyroid cancer.

The radiation dose due to Chernobyl in other European countries was less than 1 mSv. In more distant countries, radiation from the accident had no impact on the annual background doses and was considered to be non-significant to public health. 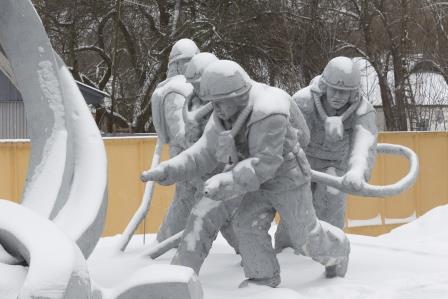 Firefighters who first responded to the Chernobyl disaster are memorialized in a nearby statue.

According to several international studies, people exposed to radiation from Chernobyl have high anxiety levels and are more likely to report unexplained physical symptoms and poor health.

Concerns about fertility and birth defects

There is no evidence of decreased fertility in men or women in the affected regions. Because doses to the general population were low, it is unlikely that there would be any increase in stillbirths, adverse pregnancy outcomes, delivery complications, or negative impacts on children's overall health. Regardless, monitoring remains important and is ongoing. 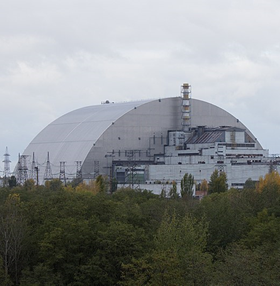 The New Safe Confinement in final position over reactor 4 at the Chernobyl Nuclear Power Plant.

The UNSCEAR 2008 report on Chernobyl confirmed that, while new research data has become available, the major conclusions about the 1986 Chernobyl accident's health consequences are essentially consistent with previous assessments. The UNSCEAR 2018 White Paper acknowledges that thyroid cancer is the major health issue (in individuals who were children or adolescents at the time of the accident) and that further investigation is needed to determine the long-term consequences of radiation exposure. The previous fear of an increase in leukemia rates has not materialized, nor have any fertility problems arisen. As previous assessments indicate, psychological effects – such as high anxiety – and general poor health were observed. Previous studies have shown that there were no global consequences of the accident in Asia and North America, which remains true today.

For more information on Chernobyl: