Naturally occurring radiative material (NORM) is material found in the environment that contains radioactive elements of natural origin. NORM primarily contains uranium and thorium (elements that also release radium and radon gas once they begin to decay) and potassium. These elements are naturally decaying and are considered a primary contributor to an individual's yearly background radiation dose. 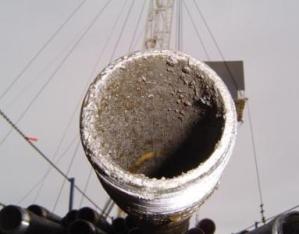 Where can NORM be found?

NORM is often found in its natural state in rocks or sand. It can also be associated with oil and gas production residue (such as mineral scale in pipes, sludge and contaminated equipment), coal ash (produced from burning coal for energy production) and on filter media (such as the used filters from municipal drinking water treatment equipment). NORM can also be present in consumer products, including common building products (like brick and cement blocks), granite counter tops, glazed tiles, phosphate fertilizers and tobacco products.

Some industries may regularly come into contact with NORM – for instance, those engaged in the production of oil and gas, phosphate fertilizers, forest products and thermal electricity; mineral extraction and processing; tunneling and underground workings; metal recycling; waste management; and water treatment.

How is NORM regulated?

In Canada, NORM is regulated by the provincial and territorial governments, each having its own specific regulations on the handling and disposal of the material. The Canadian Guidelines for the Management of Naturally Occurring Radioactive Materials have been developed by the Federal Provincial Territorial Radiation Protection Committee (FPtrPC) to harmonize standards throughout the country and ensure appropriate control over NORM; however, provincial regulations should also be consulted.

NORM is exempt from the application of the Nuclear Safety and Control Act and its regulations except under the following circumstances:

How is NORM detected? 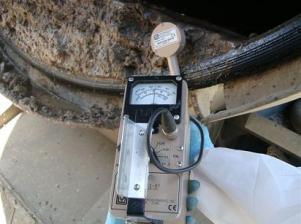 Natural background radiation comes from the ground, building materials, air, food and cosmic rays. Depending on where you live, levels of this type of radiation can vary. Radiation readings above typical background radiation levels may indicate the presence of NORM. Determining the type of material present is essential to assess what, if any, precautions need to be taken with the material. This process is called characterization. Radiation surveys used for characterization should be conducted by personnel trained in radiation safety or by external consultants to determine if the suspect material is NORM or man-made radioactive material.

How should NORM be handled?

Because specific safety measures may be required to protect workers who handle NORM-contaminated equipment or NORM waste, NORM should only be handled by a person with appropriate radiation safety training and training in the precautions for hazardous industrial substances.

Best practices for individuals and facilities encountering NORM include:

Other (or more involved) measures should only be considered under the direction of personnel trained in radiation safety, specialized in the handling and disposal of NORM. Precautions can include: 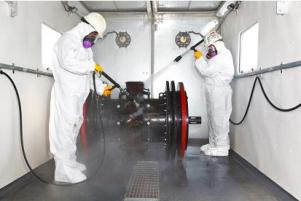 How do I dispose of NORM?

NORM-contaminated waste should not go to a regular landfill if it exceeds release limits published in the Canadian Guidelines for the Management of Naturally Occurring Radioactive Materials. It should be disposed of at a facility authorized to accept contaminated materials.

In Canada, there are three provincially licensed facilities available specifically for NORM disposal:

Additional provincial regulatory limits may also exist for the disposal of NORM waste. An assessment by personnel qualified to determine disposal options should be considered.

For additional information on NORM and to inquire about its safe handling and disposal, please consult the list of provincial contacts below. Additionally, a list of NORM consultants can be found by doing an Internet search, or by visiting the business directory of the Canadian Radiation Protection Association Web site.