Hydro-Québec owns and is licensed to operate the Gentilly-2 Nuclear Facility, located near Trois-Rivières, Québec. Hydro-Québec also operates a nuclear waste management facility at the station. The station was permanently shutdown in December 2012. 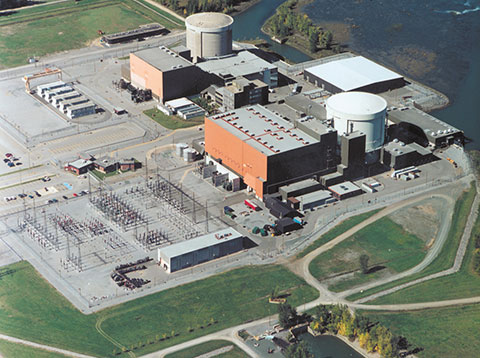 As part of CNSC's regulatory requirements, major licensees must have robust public information and disclosure programs in place. These programs, for nuclear power plants, include a disclosure protocol developed in consultation with community stakeholders. You may visit Hydro-Québec's Web site for a full list of disclosures. 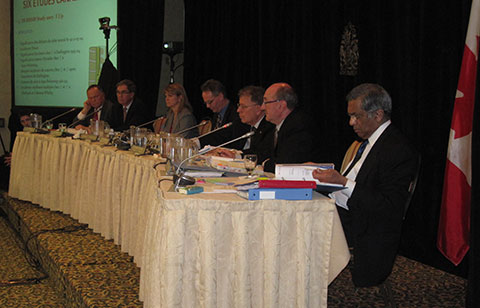 Day 2 of the public Commission hearing for the Gentilly-2 Nuclear Generating Station was held in April 2011 in Bécancour, Québec.

Located within the Gentilly-2 generating station's boundary is the Gentilly-1 Waste Management Facility, which is operated by Canadian Nuclear Laboratories Ltd. (CNL). The Gentilly-1 Nuclear Power Station, which operated intermittently from 1972 to 1978, is also located on site. A decommissioning program was initiated in 1984 to bring the facility to a safe, sustainable shutdown state. The site is now partially decommissioned and in a storage-with-surveillance mode and is licensed as a waste facility.