This summer brought significant changes to the Directorate of Nuclear Substance Regulation (DNSR) management team. I would like to introduce the team and welcome the new directors of the Operations Inspection Division, the Nuclear Substances and Radiation Devices Licensing Division, and the Transport Licensing and Strategic Support Division. This new management team will continue to be supported by the highly qualified and competent staff in the directorate in delivering comprehensive, responsive, and effective oversight of the nuclear substances sector. 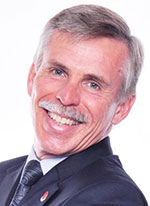 André began his career at the CNSC in DNSR in 1987. After working as an inspector in the Operations Inspection Division, he went on to hold several management positions across the CNSC. Most recently, as the Director of Human and Organizational Performance, he has provided strong expertise and guidance on key files such as safety culture and fitness for duty. Through these, André has demonstrated a commitment to supporting and developing his staff, while maintaining a focus on effective and collaborative relationships with colleagues and stakeholders.

Sylvain Faille, a familiar face for many, has moved to the position of Director, Nuclear Substances and Radiation Devices Licensing Division. 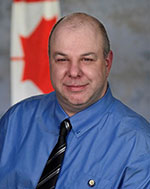 Sylvain joined the CNSC in 1998 as a Transport Specialist and in 2008 became the Director of the Transport Licensing and Strategic Support Division. He holds a Bachelor in Mechanical Engineering and further developed his leadership capabilities through the Queen's Leadership Program. Sylvain has extensive experience in the Directorate of Nuclear Substance Regulation, including leading the Directorate's Strategic Support program. He maintains strong relationships with his counterparts, having represented Canada on the Transport Safety Standards Committee, and at several other international conferences and events at the International Atomic Energy Agency (IAEA) and with the USDOT and USNRC. 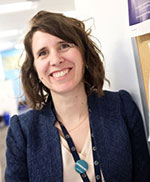 Karen started at the CNSC in 2002 as a Safeguards Officer and in 2012 took on the role of Director, International Safeguards Division. During this time she gained extensive experience both with the domestic fuel cycle and the IAEA, representing Canada in numerous international roles, including on the Standing Advisory Group on Safeguards Implementation. In 2015, Karen further diversified her experience by assuming the role of Director, Regulatory Framework Division, responsible for managing the development and maintenance of the CNSC's suite of regulations and regulatory documents. In her six years as a director, Karen has consistently demonstrated a commitment to effective collaboration with partners and stakeholders. 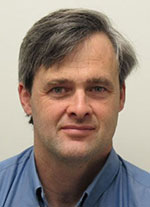 Mark joined the CNSC in 2008 as a Project Officer in ACFD and was promoted to Program Officer in 2011. In 2016, he was appointed Director, Accelerators and Class II Facilities Division. Before joining the CNSC, Mark was Managing Director at Nucletron Canada Inc. and Director, Business Development at Resonant Medical Inc. for several years, gaining valuable experience and building his leadership competencies.

Webinar: Implementation of the dose limits for the lens of the eye

Health Canada, on behalf of the Federal Provincial Territorial Radiation Protection Committee, is revising the Canadian Guidelines for the Management of Naturally Occurring Radioactive Materials (NORM) and is seeking feedback on the current guidelines.

Licensees and the public are invited to comment on draft REGDOC – 3.1.3, Reporting Requirements for Class II Nuclear Facilities and Users of Prescribed Equipment, Nuclear Substances and Radiation Devices

REGDOC-3.1.3 sets out requirements and guidance for reports and notifications that licensees of Class II nuclear facilities and users of prescribed equipment, nuclear substances and radiation devices must submit to the Commission. This document also presents the types of reports and the applicable timeframe for reporting.

Draft REGDOC-3.1.3 is open for consultation until November 2, 2018. Details are available on the CNSC website.